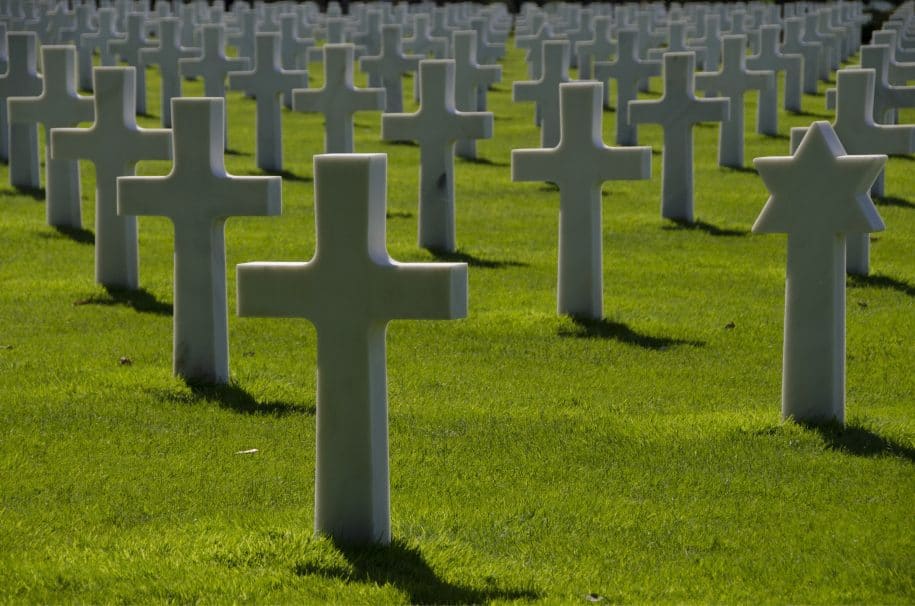 It’s humbling to think that we’re fast approaching the 75th anniversary of D-Day. When over 425,000 Allied & German troops were killed, wounded or went missing during the battle of Normandy.

D-Day codenamed ‘Operation Neptune’, seen a colossal effort by the allied forces with one of the largest co-ordinated airborne invasion in the history of military warfare, combined with the largest amphibious assault of all time in which British, Canadian, and US forces were landed at Utah, Omaha, Gold, Juno and Sword beaches.

Many of the landing spots are minutes from our bed & Breakfast ‘The Old Farm of Amfreville’ , an old german outpost which we have been working on renovating for the best part of 2 years and the town of Sainte Mere Eglise, famous for the paratrooper John Steele who was captured after his parachute was stuck on the church roof.

D-Day and the Normandy landings were the key turning point in the war, the success of which gave real hope to the troops and the families back home.

D-Day wouldn’t have been the success it was without the combined naval and airborne methods of attack, the French resistance fighters who were not only providing intelligence but also causing disruption by sabotage and of course the Allied invasion force, made up of British and American forces.

The Airborne invasion for the liberation of Normandy – codenamed Operation Overlord, was led by such famous companies as ‘Easy Company’ or ‘E Company’ – who were the 2nd Battalion of the 506th Parachute Infantry Regiment of the 101st Airborne Division, known as the “Screaming Eagles”.

Revisiting the historic sights on the 75th anniversary of D-Day

Should you choose to make the 75th anniversary of D-Day the year you visit the sights of Normandy, whether that be to retrace your families steps or to pay your respects, there are many to visit and all within driving distance.

We have made a list of the historic D-Day locations for reference and if you should you need a break from the history, we have additionally a list of things to do in Normandy including the famous Le Mont Saint Michel

An important decision is also being made this year, as last January the French ministry of culture announced the official candidacy of the D-Day landing beaches to be included on the UNESCO list of world heritage sights. An official decision on this will be made by UNESCO by July 2019

Last January, the French Minstry of Culture announced the official candidacy of the D-Day landing beaches to be included on the UNESCO list of World Heritage Sites.

UNESCO will make its decision in July 2019

Stay in the heart of Normandy

Should you need somewhere to stay, we are more than happy to welcome you to our humble bed and breakfast near St Mere Eglise, opening its doors in June this year for the first time in time for the 75th anniversary of D-Day. We have 3 rooms available, one of which is wheelchair accessible and we have extensive knowledge of the surrounding area.

We hope to welcome you here

More so than ever on the 75th anniversary of D-Day, we should all take a moment to reflect on the sacrifice by those brave souls.

Those who cannot remember the past are condemned to repeat it.”

You can learn more about events commemorating this special anniversary on Normandy’s official tourism website.